EX HIGH PEAK LABOUR MP ON LABOUR SPLIT: Corbyn would be a disaster as PM

Tom Levitt, Labour’s Member of Parliament for the High Peak from 1997 until 2010, has hit social media to comment on the 7 MPs who have left the party to say he agrees with them “completely.” Tom blasted the current Labour leader saying that “Corbyn would be a disaster as a PM”.

The Board of Deputies of British Jews, the main representative of the British Jewish Community have expressed grave concerns about the comments made by Labour High Peak MP Ruth George, which have been widely branded as antisemitic. 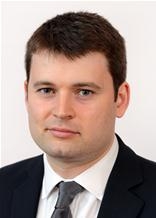