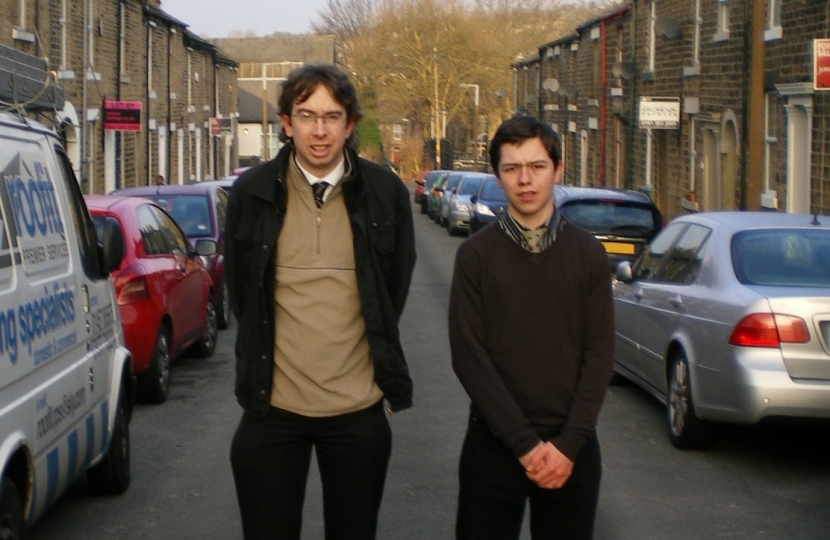 Conservative spokesmen for Howard Town Ward Jamie Douglas and Will Rowlands are joining local people in asking shoppers driving into the town centre to have more consideration when parking up.

Shoppers in Glossop and railway station users often park on residential streets to avoid paying car park charges, and this is causing a severe problem for some local residents who often have to park streets away from their home.

Jamie Douglas said, “Residents are very concerned that because of the actions of some shoppers and railway users, a lot of people are having problems parking near their homes. I live near the town centre myself, and I know how difficult it can often be for local people to park outside their homes.

“Residents are asking people who drive into town to think about where they are parking, as they may be making it difficult for local people – many of whom may be elderly, infirm or have young children – to park near their home.”

Railway station users often use the top end of the town – including Charles Street, Talbot Street, and Fitzalan Street – as an extended car park, parking up for the whole day, and in some cases for entire weekends; while shoppers to Glossop often use streets around the town centre – including St. Mary’s Road, Arundel Street, Edward Street and Surrey Street – to avoid having to pay car park fees.

However as Will Rowlands explained, car park charges have stayed the same for four years, “The council has frozen car park charges for the last four years, which is very good for shoppers and local businesses, and local residents are now asking them to consider the impact they’re having by parking in front of houses.

“The Howard Town Mill car park is currently free, closer to the town centre than many residential streets, and shoppers wouldn’t be inconveniencing local residents by parking there.”