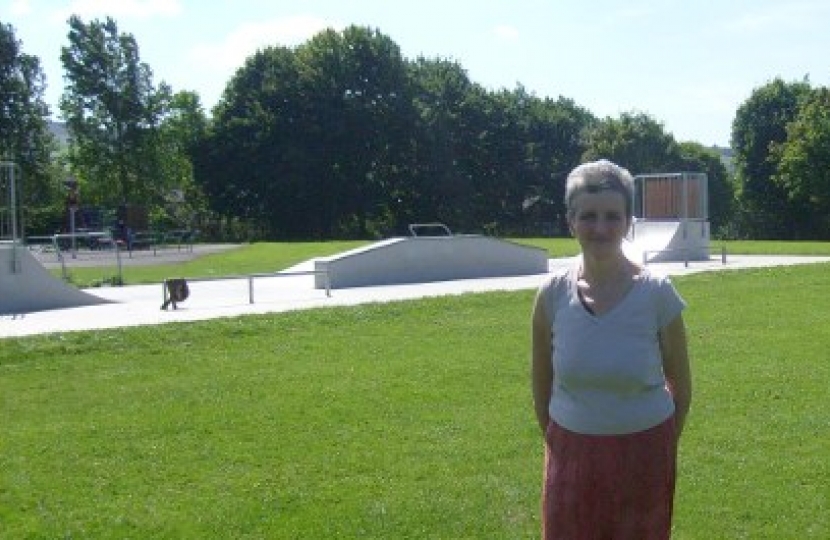 Earlier this year the Conservative Council installed a skate park in the play area at Newshaw Lane Park in Hadfield following many months of consultation with local residents.

However as Marie explained, there has been an unexpected downside, "Older teenagers and young adults appear to be using the area late at night, which is causing a nuisance to local residents with noise and drinking in the early hours."

"These issues are being addressed by the police and the council who are monitoring the situation. Amongst the things being done is cutting back the shrubs to make it more difficult for youths to hide; erect CCTV as a deterent and to identify the worst offenders; and for more S59 warnings to be issued by the police."

Cllr. Foote also asked residents to let her know if they experience problems with anti social behaviour, and to contact the police immediately.